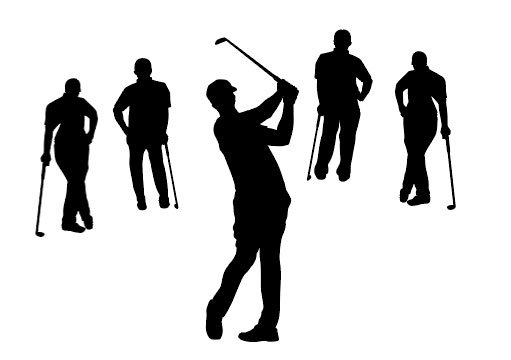 “Fivesome” is a golf term that means five golfers are playing together as a group. Different golfers, and golf courses, have different attitudes about fivesomes. What is key to know about them is that many golf courses don’t allow golfers to play in groups of five. In golf parlance, a twosome is a group of two golfers who tee off together (just the two of them) and play the golf course. A threesome has three golfers, a foursome has four golfers, a fivesome has five golfers. The preferred grouping by golf courses is a foursome: four golfers teeing off together, as a group, and playing the course together, as a group.

Sometimes a group will only include three golfers and the golf course doesn’t have a single to add, and so those three tee off as a group. But most golf courses prefer groups of four and will, unless it is a day of light traffic on the golf course, try to fill in any groups to produce foursomes.

If four is good, is five better? As noted above, many golf courses don’t allow fivesomes. The reason is that once a group grows beyond four golfers, adding more to the group simply starts slowing things down. It takes longer for a fivesome to play each hole, because on each hole there are five golfers playing strokes, rather than four. Makes sense, right? Therefore, a fivesome on the course, or multiple fivesomes in a row, can start to slow down play all around the golf course, causing backups and bottlenecks.

Another issue with fivesomes is the use of riding carts. In a foursome, the golfers naturally pair off two per cart. But a fivesome requires three carts, and one of those carts will have only one rider.

Of course, there are plenty of golfers who want to play in fivesomes because theirs is a group of five buddies and they want to all play in the same group.

To sum up: A fivesome is a group of five golfers playing together; golf courses much prefer foursomes; many golf courses don’t allow fivesomes, [thus] get the OK from a course before showing up with a fivesome.